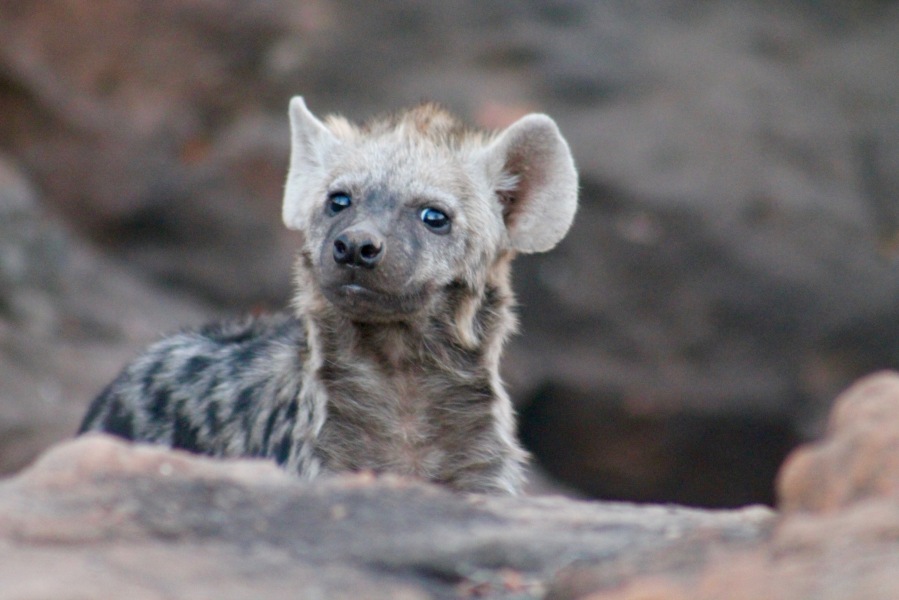 Wedged between Zimbabwe on one side and South Africa on the other, the Tuli Block is a narrow strip of land on the south-eastern edge of Bostwana. It is where we finished up our Botswana road trip, and despite the crippling effects of a drought, it is also where we had some of our most exciting animals encounters to date.

We stayed for two nights at Tuli Wilderness Camp, in fantastic luxury tents. Like almost everywhere else we stayed in Botswana, we were the only guests at the lodge, which means we received excellent treatment and were thoroughly spoiled. 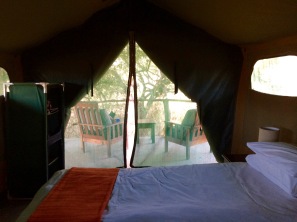 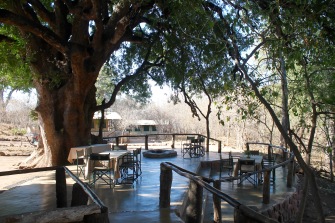 We quickly fell back into the safari lifestyle. Rising at dawn for a light breakfast, we then went on early morning drive or hike, and were back to the lodge for brunch. That was followed by an afternoon nap/reading/card game time, then tea at 2:00, and then yet another game drive (with a sunset drink), making it back to the lodge just in time for a decadent dinner. 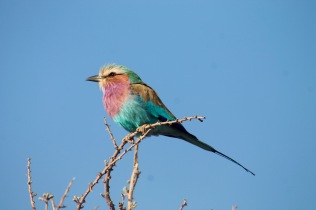 My favorite bird, the Lilac-breasted Roller 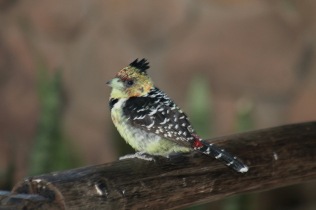 And a handsome chap who visited us at each meal to sneak some scraps.

This time of year, both of the rivers bordering Tuli were completely dried up. The ground had turned to clay and there was almost no greenery. It was a bleak landscape, but we still saw lots of animals – antelopes and baboons and warthogs searching for anything to eat, elephants heading off toward distance sources of water.

The only animal we saw who didn’t seem hungry was a jackal, who had just gorged himself on the carcass of an antelope.

After dark, Spencer caught sight of some flashing red eyes, which turned out to belong to an African Wild Cat, a rare and hard to spot critter. Further down the road, we came across a pair of cute bat-eared foxes, much closer than the ones we had spotted in Namibia.

At the end of our last day, our guide decided to up the ante. For our sunset drive, he took us to the rocks at the edge of the park, and had us get out of the car. Beer cooler in hand, we made a short walk up the side of the hill and perched ourselves on a rock.

After only a few minutes of waiting, a large female spotted hyena turned the corner. I think I speak for the whole group when I say this was heart-stopping. Hyenas are not small creatures. With their large upper bodies, they look like dogs on steroids. And here one was, within striking distance, nothing between us but a few short steps.

She spotted us, froze for a few seconds, then continued on her way around the rock. Despite our reservations, the guide gestured for us to follow her. We did so, making as little noise as possible, and then set ourselves down on a rock directly across from the entrance to the den.

The hyena came out and watched us watching her. As we waited for her to become comfortable with us there, we cracked open a few beers (that makes everyone more comfortable).

Eventually, she decided we were okay, and crawled into the den. We could hear her calling out, and then, cautiously and one by one, little baby hyena ears began popping out from behind the rocks.

There were six in total, all different sizes and ages. But they weren’t all from this one mom. Hyena mothers take turns heading back to the den to check on the cub’s safety and feed them, while the other mothers continue hunting for dinner.

As some cubs nursed, the others wrestled on the ground in front of us, not even 20 feet away. They played just like puppies, and some more curious ones kept taking tentative steps in our direction. The whole time, mama kept a watchful eye on us, but mostly on the cubs. Leopards often attack baby hyenas, and she would have heard a leopard calling in the area recently.

The sun was quickly going down, so we retreated to leave mama hyena to corral the cubs back into the den. As we left, the guide explained how he had built up a relationship with this clan of hyenas, gaining their trust over six months of visits. We left relishing in what an incredible experience it had been, not just to see animals up close but to witness them nursing, playing and going about their daily lives.