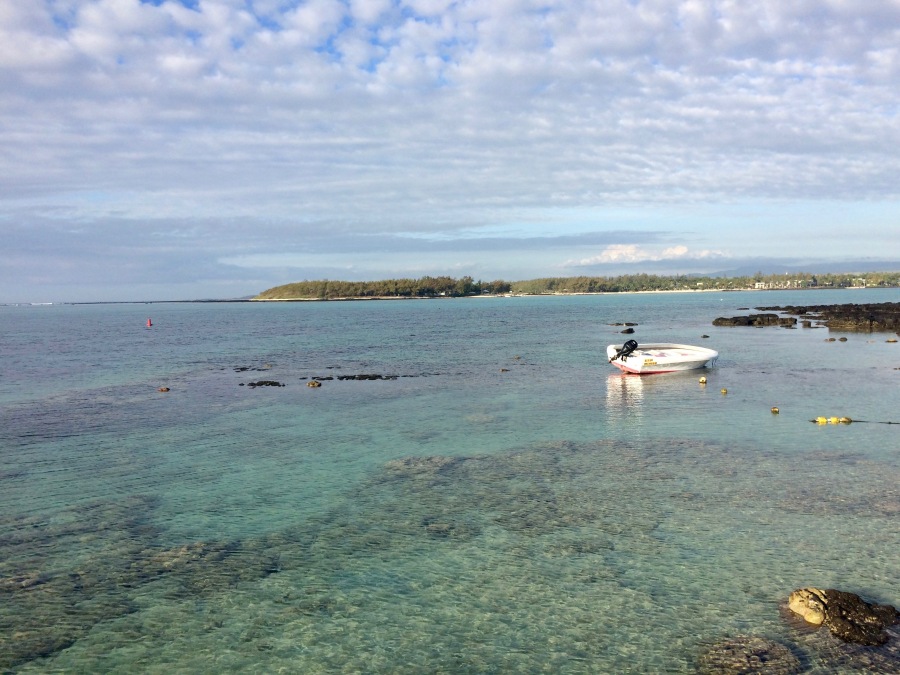 This post is going to be short because our stay in Mauritius was very short – a total of approximately 6 hours.

We were meant to have a 40 layover on this beautiful island nation. We had booked a two-night stay at a beach resort not far from the airport, and I was so excited to end our Australian vacation in paradise. But upon arriving at the airport for our flight from Perth to Mauritius, we learned that the plane had struck a bird, suffering damage to the propeller blades. The plane was grounded while new blades were shipped in, and Air Mauritius told us to wait 24 hours.

Luckily we had generous family there to feed, shelter and entertain us, because that 24 hours turned into 36. Beyond annoyance at the loss of time on the Mauritian beaches, we were starting to get nervous that Spencer wouldn’t make it back in time for his last exam. Thankfully, the flight did eventually take off, and we landed at Mauritius airport just after two in the morning. Exhausted, and having already lost one night of our hotel stay, we jumped in a cab and headed straight for the Peninsula Bay Resort.

We got dropped at the entrance to the hotel, only to find that there was no one there. I roused the security guard from his sleep (always a reassuring sign), and he made a call. Twenty minutes later a front desk receptionist stumbled out of his room, clearly awoken just for us.

He was confused by our late arrival, but he led us to a room where we mercifully passed out immediately. It was 3:30 AM Mauritian time, but it felt like 7:30 AM to our jetlagged bodies. We got 2 1/2 hours of sleep and woke up with just enough time to walk on the beach at sunrise.

I had hoped that the resort and Mauritius would be disappointing, to make me feel better about our shortened stay. It was not. It was a perfect paradise island, with palm trees swaying above the crystal clear waters.

The waters were so clear, in fact, that we could stand above them and watch the huge numbers of tropical fish swim about. No snorkel needed.

This was basically my idea of heaven, but we spent a total of 15 minutes on the beach, grabbed some pastries from the buffet, and headed back to the airport to catch our flight to Joburg. 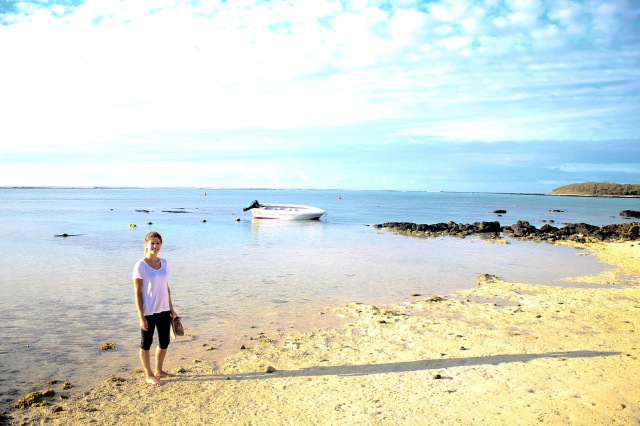 Such a short time in Mauritius was certainly disappointing, but it was long enough to convince me that we will have to come back someday and stay a little longer. 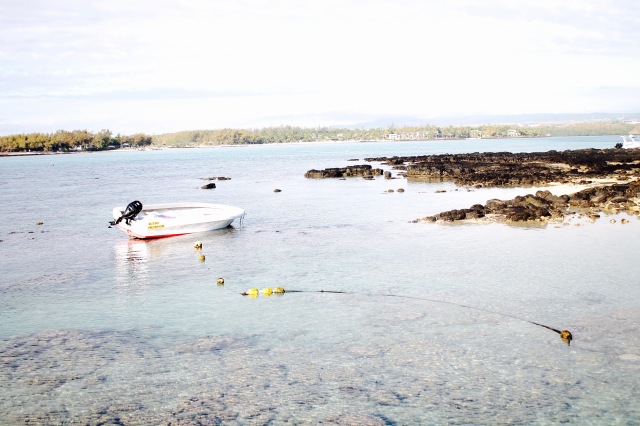